Live in Florida? Love to CrossFit? Then check out this 5th Annual Competition: PURA VIDA 5 WoD that will be hosted by 26.2 CrossFit, Rockledge FL.

Oh my gosh. Years ago, like way more than twenty, I could jump rope fairly well. I could one foot, two foot, run up and downhill while jumping, criss-cross, boxer step, and alternate feet jumping, heel touch, jack jump, and sissor jump too. Now, I am happy to just keep the rope turning after years of inactivity.

In 2014, when I started at 26.2 CrossFit, jumping rope well again became my goal. Here I am four years later and I still stink at it, in my mind. What is worse is I still have never done a proper double under. Honestly, I am happy if I can string 30 consecutive jumps together with a speed rope. Granted, I had three, yes 1 – 2 – 3, foot injuries this year so that has slowed my progress down but that is no excuse.

This year I discovered CrossRope. Picking up the Limited Edition Heavy Set and falling in love with it (having not yet jumped with Brunhilda – rolling my eyes) I ordered the complete serious of ropes with an extra set of handles. And finally, over all of my injuries, I have made it through this, my first Jump Rope Performance Challenge, except for….

Tomorrow’s dreaded double under event. And with a one pound rope!

I will work to get that double under tomorrow. Yes. YES I WILL!

Even if my max is one, at least I will be done. I will never quit. I will do my very best at Guns Out CrossFit.

Over the last few weeks some of my teammates have asked me about my rowing. Here is some basic information that I return to again and again to help me improve my rowing.

Please be encouraged to truly take your time with the Concept 2 site first. Sign up for the LogBook at the top of the page. You can keep track of your training there, online.

Too often, I forget to use the log book unless it is for an Online Challenges or any row where I can get a ranking, like today. That said, please note #ImNotLast!

Last night Coach Charles posted the WoD for today and I got so excited about it because three of the four MetCons are things I love to do!

Any order. Just get er done!

The order I chose to follow was how it came up on WoDify:

RUN: The only adaptation for me was I pushed Charlie R. in his stroller while running. He did not really slow me down that much since I Granny-shuffle anyway. Probably I could have walked it faster but he seemed to enjoy my speed as I went down the hills… both ways…

The amazing thing was my desire to run today. All I could keep thinking about was how shocked my Teammates from 26.2 CrossFit would have been to see the fire in my soul for running today. And it really made me happy to know that running is part of me now.

ROW: Yeah Baby! It is definitely my passion.

BIKE: Meh. Not my favorite, especially after pushing the stroller and then rowing. But I did not die so all is well.

DOUBLE UNDERS: These I cannot do yet, so stick with Single Unders. I dread having to double the count so use a CrossRope 1/2 pound rope to justify sticking with the 200 count. Using the heavier CrossRopes is going to pay off soon, I hope!

I am always the last to finish whatever it is to be done. Today was no different. But I was so excited to do each MetCon as best I could and that is what I did. Today was simply a #BestWoDDayEver at Guns Out CrossFit in Montgomery, Alabama.

Thanks to all of my teammates and my especially to my Coach, Happy Birthday Charles, for the encouragement to keep going and Git ‘er done!

It was 80 degrees Fahrenheit with a RealFeel® 90 degrees when I got to Guns Out CrossFit this morning. I forgot to check the humidity but my guess is that it was around 60 percent. That was at 8:30 this morning, the day of Murph 2017.

Because I am so slow at running, I started the WoD early using MapMyRun. I managed to run the mile in 18:17 and got through 3 rounds of 20 ring rows, 40 bar push-ups and 60 air squats. Then I overheated.

Bummer. But all is well. It feels pretty great for being off of my foot for 7 weeks.

It was uplifting to run, well, shuffle actually, for the entire mile. In my head I was running and I was good. Not once did I think a negative thought about running. All I could think about was foot placement, a little crunch, keep the chin up, shoulders over the hips and arms relaxed – do not swing or cross those hands in front of my body, head up, keep that form and watch your pace.

Thinking of myself as a runner was a mental breakthrough from my first day at 26.2 CrossFit three years ago. I ran truly happy running for a mile. Even in the heat.

120/365  ~ dedicated to my running Coaches, Shane Turner and Linda Cowart.

This is my t

hird officially registered MURPH CHALLENGE. Last year I was finally able to run both miles thanks to training with my PWR Sandbag in preparation for the event at 26.2 CrossFit in Rockledge, Florida.  I did not use the PWR Sandbag in the challenge but wearing it in running short distances made it that much easier to simply run the mile on my own.

This year, still using my PWR Sandbag in preparation for Murph 2017 at Guns Out CrossFit in Montgomery, Alabama, I am working up to a 10 Round sequence of 10-Ring Rows ( modified pull-ups), 20 Push-ups (modified to a bar about 36 inches off the ground), and 30 Air Squats with a 400 meter row at the beginning of each round. I am rowing due to a broken toe.

It is impractical to wear the sandbag while rowing. Taking it off and putting it back on costs me some time, but when I do the MURPH it is without the weight vest anyway so no matter.

Truly I hope my hard work pays off this year and that my toes will be healed to do well enough on the runs to drop my time from last year. It would thrill me to significantly put in a much better time than last year!

My Coach Allie, in Rockledge FL, posted this photo the other day. It is true.

My Coach Charles, in Montgomery AL, has been talking about FittzMeals.

Between Florida and Montgomery, I sure hate tracking my food. Stinkin’ portion control is even worse. However, sometimes a girl has just gotta do what a girl needs to do.

I pick up my first week of meals tomorrow to kick start my attitude and to help get me #BackOnTrack.

The weather has taken a turn over the last few days by increasing in damp coldness. After ten years in Florida with realtively mild Space Coast winters, the Montgomery days of warm and c-o-l-d  with raining weather have taken a toll on me. The sneezing, watery eyes, itchy ears and face have come on slowly until it has just about taken me down this evening. I am definitely not wanting to line up for a second go of bronchitis this first quarter of 2017.

My coaches from 26.2 CrossFit can mock me now for all of the times I teased them, mercilessly, for wearing hoodies in low 60 degree weather. Well, except for the fact that today it was WAY colder than Space Coast weather where I now live (shoutout to Guns Out CrossFit).

Sneezing like a typhoon throughout the day, it is now time to crawl under my electric blankey, drift off to Neverland dreaming of the day when Paul Ryan’s sickly version of the ACA and #Obamacare are fully repealed. Repeat: FULLY Repealed then replaced with Free Markets! 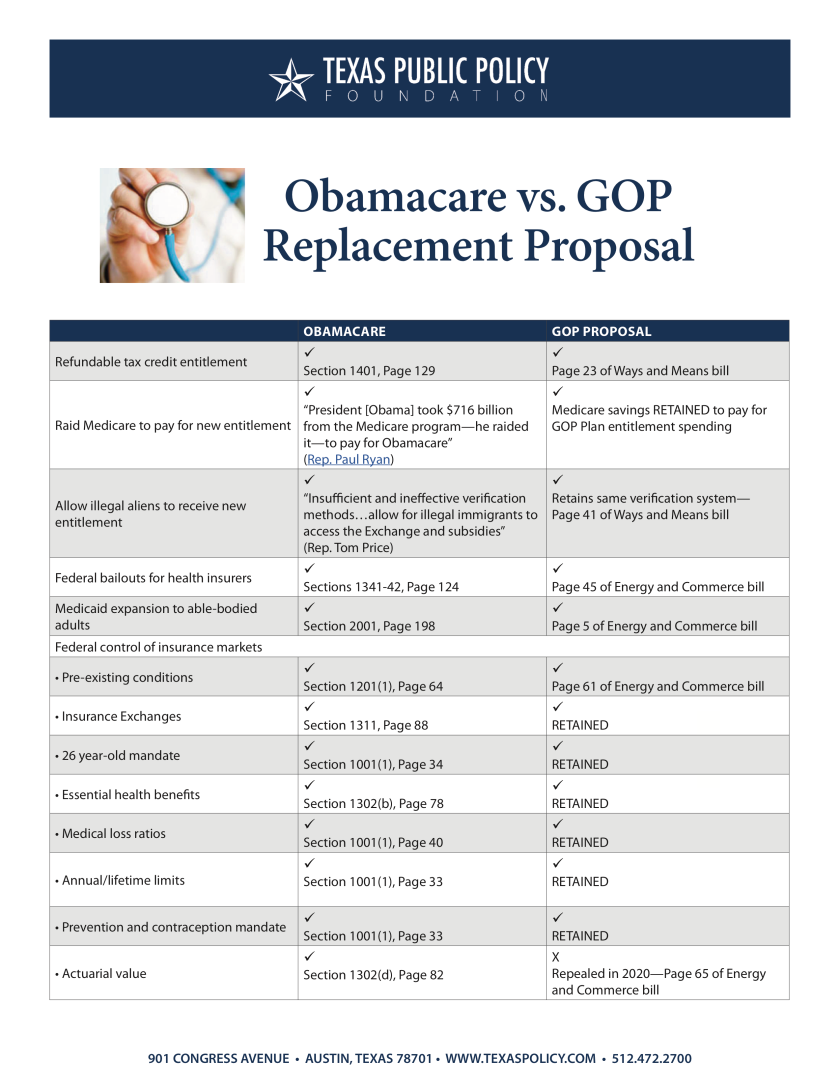 March 1st was the beginning of month eight for me at Guns Out CrossFit (GOCF). From where I started until now, I cannot believe how quickly time has flown by, and even more so, I cannot believe how the transition from box to box has been so wonderfully fluid. This year I celebrate completing three years of CrossFit. Thanks to Coach Charles, I am heading into year four with gusto.

It was a stressful decision but I got sucked into the CrossFit Games 2016, thanks to the continuous “support the box” mantra from my Florida teammates. The first workout I had to scale beyond the scaled. I rolled my eyes, a lot! But I managed to get through all five WoDs, scaling the scaled. All I could do was what I could do. Unfortunately, I had to do the third or fourth WoD on a Monday, forgetting to put in the Monday results immediately following the workout. It did not count. It was so disheartening. Still I completed the next WoD, immediately putting my score in afterwards.

This year I have been fortunate enough to be scheduled to do the 17.x WoDs with my Coach Charles on Saturdays about 11ish, which is a perfect time for me.  (I am remembering to put my results in IMMEDIATELY after the WoD this year!) What I am really enjoying is the camaraderie with some of the best athletes in the box, including my Coach.

What I learned about taking part in the 2016 Games at 26.2 CrossFit is the importance of supporting the Box by signing up.  By being an individual athlete I still felt part of the team, even though I was pretty wonky as an athlete.

What I have learned so far in the 2017 Games with my GOCF Bama teammates is the joy in competing compared to how I did last year and, if my body and my mind hold up, is to give the WoD a second go to better my performance.  (I learned that from my teammate, Susan Thomas – who placed 144 in the world during the 2016 games. Not that I plan on doing it this year.)

And then there is Coach Charles. We spent a little time chatting after everyone left today and he told me that I should do 17.2 again on Monday. (Not rolling my eyes.) He said it so with that charming smile. I could almost hear the ting of the flash of that smile as it blinded me in to agreeing with him. Then before I panicked, I remembered: Trust Your Coach!

So for anyone reading who is nervous about joining in on competitions, especially the CrossFit Games, just do it. Get in the game. It does not matter your skill level. It only matters that you find the courage to do. It makes a difference in you!