EVERY Sunday as I leave Church, I turn right, then left and straight ahead of me is an abortion clinic. And every Sunday it makes me feel sick to my stomach because it is located in one of the most troubled areas of town, Zone 11 in Montgomery, Alabama.

I am thankful for women like Star Parker who fight the good fight. It must take an amazing amount of courage to tell and retell the tragic story of a personal nature over and over again.

An article headline appears on my Twitter feed yesterday morning. Opening the link, then reading it, I thought my head would absolutely explode. The conversation appears to be ripped from the #DCCartel or #WashingtonCartel narrative that has not, apparently, changed since January 2014.

Here is basically what I had to say to my Representative Bill Posey (R-FL) last year and what I continue to say today regarding  THE (alleged) GROUP TOO RADICAL FOR REPUBLICANS.

As a member of Heritage Foundation I am highly disturbed by the attitude Progressive Republicans have towards me, a concrned citizen often in sore disagreement with people like John Boehner and Mitch McConnell. I vehemently disagree with the Progressive Agenda. Having been an activist long before joining Heritage Action (HAction), I am now dedicated to working on Reclaim America as a member of Heritage Foundation and HAction.

John Boehner and Mitch McConnell and too many other Republicans, in my opinion, do not stand on firm ground as true Conservatives. It appears they vote for money or projects that help keep them in office as they talk about how much money is needed to shore up lifestyles to which their constituents feel “entitled” via a redistribution of wealth. (see Will Bill Posey Help with Indian River as an example.)

It is fascinating how too many Republicans cry foul against a well proven, Constitutionally focus-driven organization like Heritage Foundation. HAction is effectively keeping grassroots individuals, like me, well informed about what Progressives are actually doing to their constituents but that prevents Progressives from going to Heritage Foundation for policy checks and balances? I do not think so.

Funny how too many Republicans praise their ratings from other organizations that support their Progressive agendas. It is interesting they have no problem going to whomever best suits what unelected bureaucrats or insider lobbyists tell them needs to happen next.

As a longtime member of Heritage Foundation, I often use their research. In fact, I used their research long before joining as a basic member on a variety of issues with which I was concerned.  And now, thanks to being a member of HAction and social networking, people like me work together to affect ALL claiming to be Republicans because Republicans, especially the Progressive ones, need public oversight.  HAction gives me additional tools to reach out to every member of Congress with my opinion. HAction empowers me to take on the Progressive bullies in Congress.

Having the right to defend and protect my vote that I cast for my congressional delegates, I have the right to be heard regardless of any organization to which I belong or from which I do research. And I have the right to challenge every legislator or staffer’s misplaced loyalties to his/her own self-aggrandizement.

I had to laugh when, if as reported “a former senior Republican leadership staffer” said:

When I arrived on Capitol Hill, The Heritage Foundation was an invaluable partner and a trusted source for conservative policy for my boss. When I left Capitol Hill the relationship was toxic and even hostile, and members were searching for anyone to fill that vacuum. There is no longer any difference between The Heritage Foundation and the Action political shop. They are one.

Really? Who lied or changed to a Progressive Agenda once elected to the Congress? They and the Democrat Party are as One. They and their staffers are the ones who are no longer trusted sources. (Check out Rep. Thomas Masse talking about staff here. ) 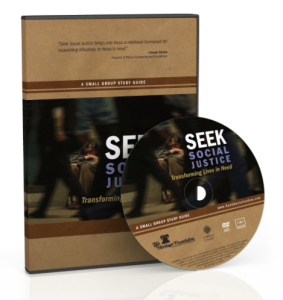 Heritage Researchers are still spectacularly nonpartisan. Heritage is for freedom, for transparency, and notoriously thorough in discussing issues. Heritage and Heritage Action usually present both sides no matter how wrong one side is, even if they made a mistake.

In the last fifteen years I have often been referred to other organizations and experts by Heritage Foundation. No one has ever told me what to say or how to feel about any subject or what to do to make them money. That is more than I can say for the alleged straight-talk coming out of alleged bipartisan support that goes on behind closed doors and not adequately debated even in public forums. 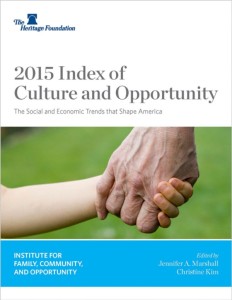 Suggesting Heritage Action is a Bully is simply a lie. Standing against tyrannical-progressive agendas is not bullying. Disagreeing with fervor is not bullying. And speaking for myself, lobbying independently as a citizen is not bullying no matter what organization I choose to join in order to keep myself enlightened, enriched, and empowered.

And best of all, being a member of HAction allows me to debate, persuade, and be persuaded by other activists. We talk amongst ourselves. We have no fear of retribution. We have no fear of being cast out for a difference of opinion. We are, again, Enlightened, Enriched, and Empowered because we belong to a free-thinking society.

So to all you whining, egotists in office who feel the voters breath on your neck and our beady eyes boring into your souls, I do not care how you feel. YOU SAID you would get things done therefore please answer these Five Questions and let the discourse begin. Let us have an open dialogue and reclaim America!

1. What are you doing as a LEADER to cut taxes and spending and rein in the debt?

2. What are you doing as a LEADER to limit the size and scope of the federal government and return authority to states and to the American people?

3. What are you doing as a LEADER to get rid of Obamacare and promote health care solutions based on free enterprise, not government controls?

4. What are you doing as aLEADER to protect America from foreign threats, secure the border, and develop a robust, principled foreign policy that puts America first?

5. What are you doing as a LEADER to ensure that our judges and lawmakers uphold the Constitution of the United States, starting by halting executive overreach?

Dumfounded by how lost Bruce Jenner is in his gender confusion after three marriages and producing six children, capped with the Planned Parenthood’s abortion scandals and the Military Recruiting Station being attacked, my emotions are just all over the place.  Trying to bridle those feelings in an effort to see things as they really are while keeping the blood from shooting out of my eyes over the seeming hardness of heart in Barack Hussein Obama and his administration has not been easy.

As I work through my shock and feelings of deep disbelief my mind is caught up into Moses 7:28 in the Pearl of Great Price.

How is it that the heavens weep, and shed forth their tears as the rain upon the mountains?

Then I go back to read a talk given in 1974, titled Unchanging Principles of Leadership and quote Wendell J. Ashton:

In 1900 only 4 percent of the college-age group attended college. Now it is 40 percent. A national business magazine notes that “it is estimated at the present time that an engineering degree represents knowledge that becomes obsolete after ten years. Changes are coming so fast that degrees will soon be out of date after five years. …” Another publication reports that 80 percent of the jobs in the future will require less than four years in college, but will demand vocational-technical education for skills such as those of carpenters, auto mechanics, secretaries, and salesmen.

A book, The Year 2000, talks about some of the developments likely ahead for you: mining and farming on the ocean floors, three-dimensional photography, artificial moons for lighting large areas at night, and many others.

Even more sobering, though, are thoughts regarding other changes that some say are ahead: the phasing out of family life and of the moral code that helped make this and other nations great.

Seriously. That was 41 years ago. Look where we are with today’s Planned Parenthood Abortion Crunch Parts/Lamborghini scandal. I totally understand how the Heavens weep.

In 1985 I well remember the words from renowned heart surgeon, Russell M. Nelson in his talk, Reverence For Life:

…For years I have labored with other doctors here and abroad, struggling to prolong life. It is impossible to describe the grief a physician feels when the life of a patient is lost. Can anyone imagine how we feel when life is destroyed at its roots, as though it were a thing of naught?

What sense of inconsistency can allow people to grieve for their dead, yet be calloused to this baleful war being waged on life at the time of its silent development? What logic would encourage efforts to preserve the life of a critically ill twelve-week-old infant, but countenance the termination of another life twelve weeks after inception? More attention is seemingly focused on the fate of a life at some penitentiary’s death row than on the millions totally deprived of life’s opportunity through such odious carnage before birth.

…It is not a question of when “meaningful life” begins or when the spirit “quickens” the body. In the biological sciences, it is known that life begins when two germ cells unite to become one cell, bringing together twenty-three chromosomes from both the father and from the mother. These chromosomes contain thousands of genes. In a marvelous process involving a combination of genetic coding by which all the basic human characteristics of the unborn person are established, a new DNA complex is formed. A continuum of growth results in a new human being. The onset of life is not a debatable issue, but a fact of science.

And then I know that all of what is happening is a sign of the last days or possibly it is the beginning of sorrows as M. Russell Ballard discusses in his talk The Joy of Hope Fulfilled:

Brothers and sisters, whether or not these are indeed the last days or even “the beginning of sorrows” as the Savior foretold, some of us may find our lives laden with frustration, disappointment, and sorrow. Many feel helpless to deal with the chaos that seems to prevail in the world.

My message to you today, my brothers and sisters, is simply this: the Lord is in control. He knows the end from the beginning. He has given us adequate instruction that, if followed, will see us safely through any crisis. His purposes will be fulfilled, and someday we will understand the eternal reasons for all of these events. Therefore, today we must be careful to not overreact, nor should we be caught up in extreme preparations; but what we must do is keep the commandments of God and never lose hope!

Indeed the Lord is in control. And He has wept for us all and He can, He will, wipe away all tears.

The Art and Craft of Blogging

The latest news on WordPress.com and the WordPress community.